Getting a Root Canal While Running a Marathon: Top 5 Ways to Explain Fundraising to Software Developers

Raising capital for a business is like writing a successful screenplay: it seems glamorous on the outside but it’s usually a miserable slog full of tireless work, a perpetual crisis of confidence and conflicting input from a diverse chorus of voices.

In such a stressful situation, many founders and startup leaders retreat into their shell, only sharing the fundraising process with a close inner circle.  But such a turtle-like approach breeds confusion and anxiety among your staff – and especially with the software developers that are charged with making the product that this new capital is supposedly going to support.

Having faced this situation many times before, we’ve found that there are five critical success factors in communicating an upcoming fundraise with your software development team:

Many leaders wrongly assume that developers don’t care about fundraising because it isn’t part of their direct job responsibilities. This could not be less true: developers read TechCrunch as much as everyone else, and watercooler talk is rife with discussions about the company’s financing.  So instead of burying the lead, bold and underline it.  Sure, there are some items you can’t disclose, but you can certainly be transparent with the things that your dev team is likely to care about most, such as timing of the raise, size of the round, and what you will use the proceeds for.  Your engineers are going to talk and jump to their own conclusions anyway—you might as well give them the authentic version from the start.

Outside of the one-in-a-million startup that has investors clamoring at its door (yes it could happen but until then assume you are one of the 999,999), your fundraising efforts will likely take twice as long as you thought and have more twists and turns than a Wetzel’s Pretzel. As a result, over-communicate that this is a journey that may take a while and things may change and evolve –hopefully for the better! – as the process moves along.  And when questions like valuation comes up from the team (and it always comes up), just say the same thing you tell prospective investors since it’s true: you’re going to let the market decide.

3). Explain the Mechanics of Fundraising

One of the problems with your staff reading the aforementioned TechCrunch (and other like-minded content), is that it a). makes fundraising seem easy and b). creates the misperception that a huge round at a high valuation is the best path for every startup. Thus, you need to have a brownbag with your software development team where you explain how fundraising actually works, including why taking a more strategic approach in which you raise less capital is often better in the long-term, as well as a comprehensive overview of all the different levers that an investor has at their disposal (such as participating preferred, cumulative dividends and more) that may make a big valuation a mirage.  At a prior startup, I remember our dev team being dumbfounded when we relayed how a prominent VC told us that he’ll give us any valuation we want but the deal will have so many punitive terms in there that in the end it will actually act like the valuation the investor wants.  So in sum: dispel the myths upfront!

4). Get Your Software Developers Involved

An added bonus about sharing information about the fundraising process is that it will make the dev team feel invested in the outcome. As a result, you need to leverage this interest to your company’s advantage.  Ask some of your key engineers to conduct a demo for those prospective investors that are in the later stages of discussion, or have the team build a quick prototype of a new feature or product line that you are going to launch with the new capital.  Moreover, exposing your development team to a prospective investor will add to your credibility and give the investor a more well-rounded view of your company’s capabilities.

We’ve seen many founders and startup leaders get off to a great start with team communication, only to let that initial momentum and intent fade away as the fundraising process gets more challenging. To avoid this fate, put a standing meeting on the calendar (a cadence of every two weeks is usually plenty) where you provide a brief but informative update and staff can ask questions.  This also allows you to squash any ill-conceived rumors among your development team that may have circulated and get people focused on the right things.

And here is a final piece of advice: breathe.  No matter what you read or what the chest-puffing entrepreneur you met at that conference told you, this sh*t is hard for everyone.  But the good news is that there’s no need to go into this difficult battle alone; instead, increase your chances of success by heading to the front lines with the full backing of your engineering team (regardless of whether that team numbers one person or 100).  Just like a great screenplay, you’ll be surprised by what happens next…

Need more advice on the fundraising process and how to manage its impact on your product development team?  We are always here to help at info@tk2.new.org.ua! 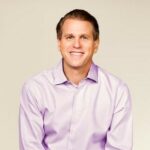